We were astounded to discover in customer data that it was possible to have non-unique user names in Oracle Calendar Server.
However, as the screenshots show, it was very easy for us in our test lab to create two "Jerry Garcia" users: 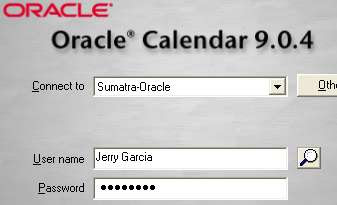 Despite the fact that I entered a valid password for only one of them I get the following screen on log-in asking me to select the one I mean (as though there's a way to tell them apart?) 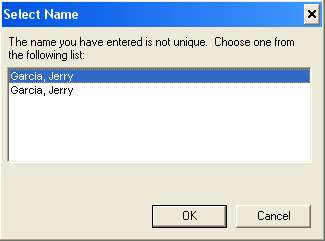 This is bad enough -- but we then took the next step and invited them both to the same meeting.
Using the standard UNICPOUTU output this is the resulting data:
S 8780430
D 30
T Meeting with the two Jerrys
I 0
R N2
M Lennon John
W Lennon John
A TRUE 3 10
C [ .+] Garcia Jerry
C [ .-] Garcia Jerry
O
... making it impossible to tell which Jerry is which.

SO we've just added the capability to detect this in the USERS.TXT file before we get too far into a migration. If this situation arises, an error will pop up: 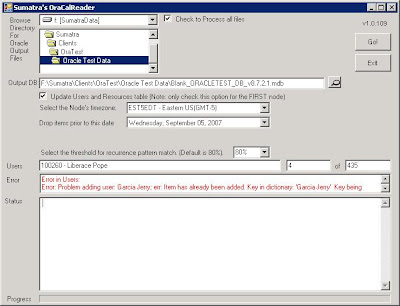